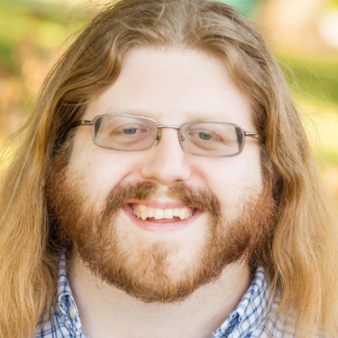 Dr. Ralph Lewis is a composer, music theorist, and educator who is passionate about  about exploring, supporting, and understanding new musical expression. His compositions seek out meeting points between sonorous music and arresting noise, alternative tunings and timbre, and the roles of performer and audience. His research often centers on inclusive spaces and engaging less discussed music and technology.

Lewis’s compositions have been performed at festivals and conferences throughout the United States, United Kingdom, Canada, France, Italy, and Australia, including SCI National Student Conference, Electronic Music Midwest, SEAMUS, College Music Society, Radiophrenia Glasgow, Boston Microtonal Society, the International Conference on Technologies for Music Notation and Representation (TENOR), and the Music for People and Thingamajigs Festival. He holds a D.M.A. in Music Composition from University of Illinois at Urbana-Champaign, an M.F.A. in Electronic Music and Recording Media and an M.A. in Music Composition from Mills College, a B.M. in Music Composition from Oberlin Conservatory, and a B.A. in Classical Civilization from Oberlin College.